An Evening with Monty Halls

Scuba diving clubs from across the region were brought together by the Cotswold branch of the British Sub Aqua Club (BSAC) to hear an inspiring and entertaining talk from Monty Halls on 3rd June 2014 at the Brickhampton Golf Club.

Monty, who is a BBC TV presenter, marine biologist, public speaker, ex-Royal Marine and scuba diver is most well-known for his several BBC2 television series of ‘Great Escapes’ including Great Irish Escape, Great Hebridean Escape and most recently the Fisherman’s Apprentice and the Channel 5 documentary ‘Monty’s Diving Mysteries’.

Monty’s entertaining talk comprised of some fascinating stories, stunning images and remarkable footage of his 20 years exploring the classic dive destinations throughout the world.

The event was attended by 75 divers and those who simply love the sea, escapism and exploration. The club committee were delighted that Monty accepted the honour of being appointed as the Club’s Honorary President who was presented with a certificate and club shirt.

Plans are being put together for the 2015 dive season for Monty to lead some diving for club members on a trip to his home town of Dartmouth where his company Monty Halls Great Escapes » is based that also offers boat trips, expeditions and courses. 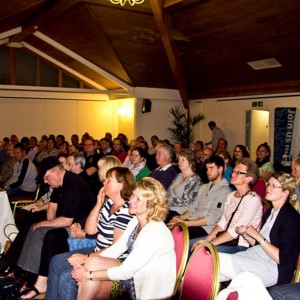 75 people attended from a number of different clubs including PADI, SAA, N Gloucs BSAC, Stroud BSAC as well as members and friends of Cotswold BSAC 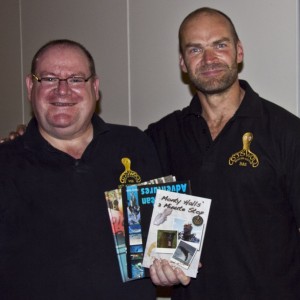 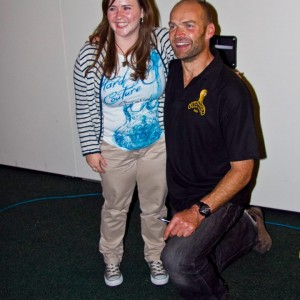 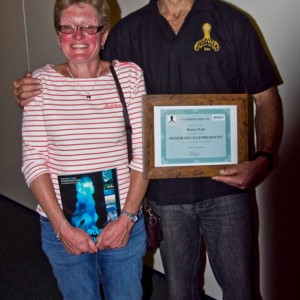 Well, Tina’s face says it all! Cat that’s got the cream!