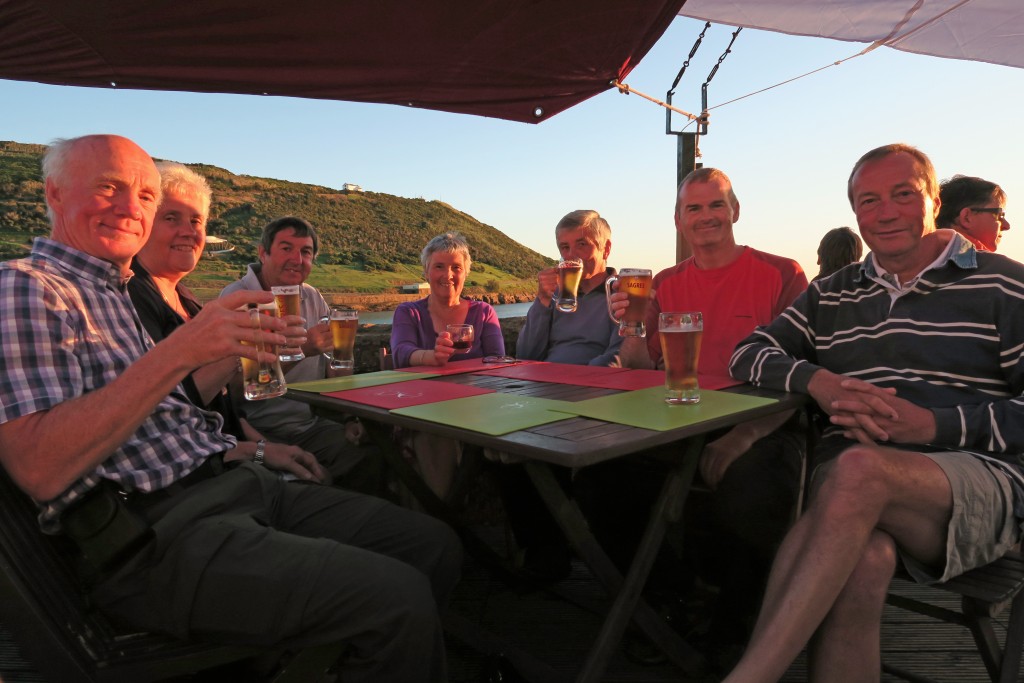 Very early one Saturday morning, at the beginning of September, seven of us set of for a week’s dive trip to the Azores booked through Regaldive – that was me (Geoff), my wife Barbara, Richard and Anne, Richard H, Jim and past club member Gordon. Flying via Lisbon we eventually arrived at Pico island, our base for the week, in the late afternoon. We quickly settled in and headed for the nearest bar for a relaxing evening sitting outside in the warm climate that favours the Azores. We were also pleasantly surprised by how cheap the drinks and food were here.

Next day we headed to the dive centre, CW Azores, which was 100m from our hotel. This turned out to be very good, efficient and friendly. We did two dives that day being taken out by RIB to a couple of local sites. With the Azores being volcanic the underwater topography results from lava flows and hence there were quite a few arches and swim-throughs to enjoy. It is very similar to Malta/Gozo but, unlike there, there is lots of life ranging from large sting rays, barracuda, bait fish, parrot fish, scorpion fish, octopus, etc. The visibility was also very good. So, a promising start for the week.

We all did two dives on the second day as well but the weather had deteriorated and so we were restricted as to where we could dive, but they were still enjoyable dives. In the afternoon and evening the heavens opened but we found that the bars were just as enjoyable when forced to site inside!

All of us, except Richard H, took the next two days off from diving and did a bit of walking and touring round the island or, in Gordon’s case, hiring a bike and cycling around. The weather was glorious these two days allowing us to really appreciate this very pleasant island with some stunning views. Fortunately they have stopped whale hunting now but the ex-whale hunting factories proved to be interesting museums to visit. The vineyards are interesting too, with the vines being kept low to the ground and growing in large areas of mini-enclosures made with lava rock dry stone walls. The resulting wines were also very tasty.

Richard’s dives on these two days included a shark dive where, after two hours of chumming, they were joined for 40minutes by a blue shark. He also did two dives on Princess Alice Bank which is reputed to be the best dive site in the Azores. It’s a remote submerged pinnacle with its top at about 30m. It certainly lived up to its reputation with a shoal of Mobular rays, some large Manta rays and various shoals of fish being seen. The rest of us were quite jealous.

We all dived on the fifth day but this time at dive sites on the neighbouring island of Faial. The first was on the outside wall of an underwater volcano which is part of a marine reserve. The currents were interesting – up, down and sideways! – but not too difficult to cope with. However, this resulted in lots of life and the best dive of the week. Our last dive was just around the corner, maybe not as much life but still pretty good. The highlight was visiting a small rock in a large expanse of sand. How the dive guide found it I don’t know but on it were 4 seahorses which were so well camouflaged we needed the guide to point them out to us. Eventually we realised that piece of seaweed was actually a seahorse!

Some of us rounded off the day by going whale watching. We saw about 10 sperm whales in total and they entertained us by swim-bys, waving their tale flukes at us as they dived and a couple of them breaching a few times. A lovely end to our time at sea.

On our last full day, when we were de-fizzing before the flight home, we moved across to Faial island and had a lovely day in the sunshine. We walked up to a viewpoint above where we dived the previous day and the views and light were stunning. We spent our last night on a restaurant terrace overlooking a lovely bay making the most of the cheap beer and great food. Some of our group ended up in a bar where a live band were playing and got back to the hotel after 2am!

On our way back home we discussed our thoughts on the week and all agreed that we had had a good time and that the Azores is a great place to visit and dive. We would do it again and recommend it to others. So, why not give it a go.

Thanks to Geoff for the trip report and photos. 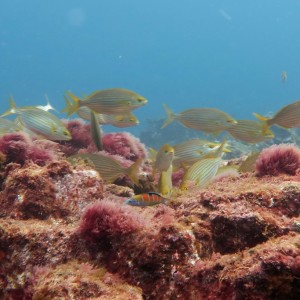 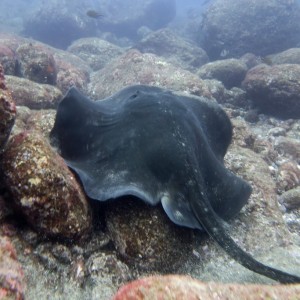 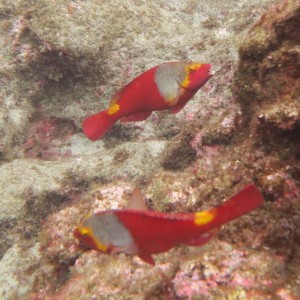 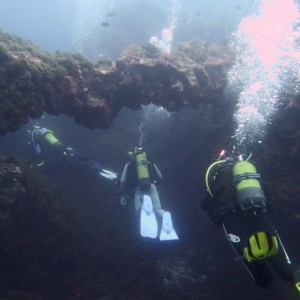 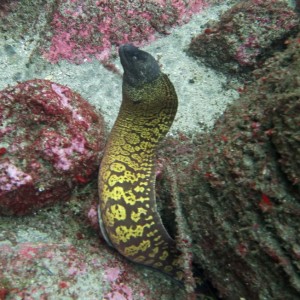 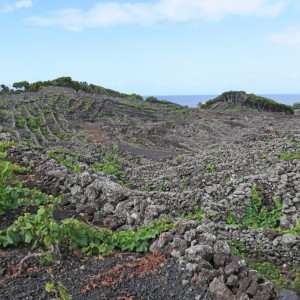 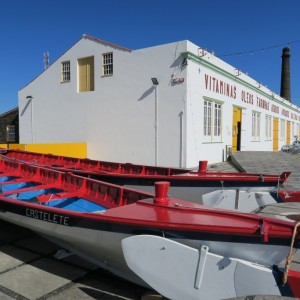 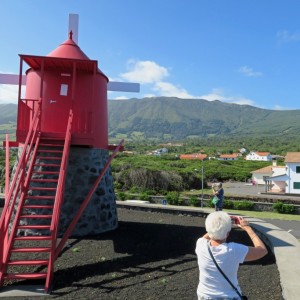 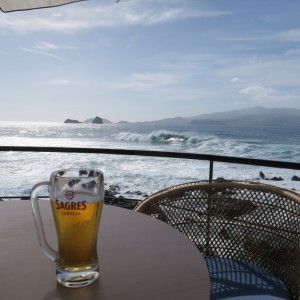 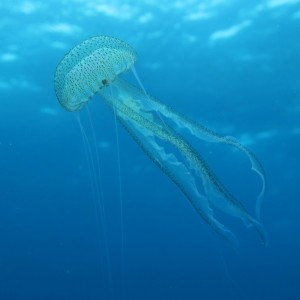 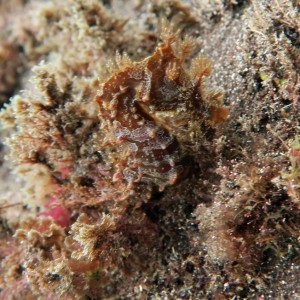 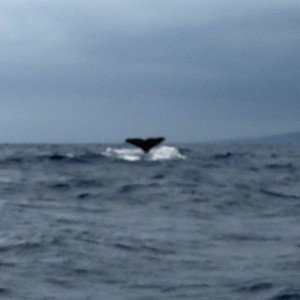 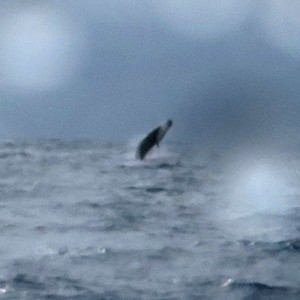 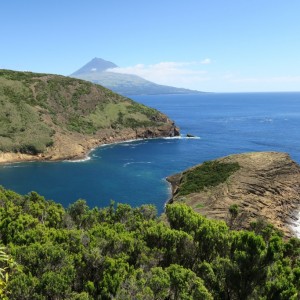 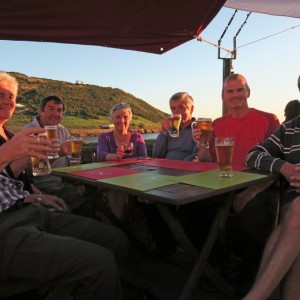