Once again it was time for the famous Cotswold quiz night, with around 40 people attending and 11 teams!

As usual there was a variety of rounds ranging from the more traditional like general knowledge and picture round, to the music and guess the voice rounds, to more unusual rounds like the brain teasers, true or false, recent news and popular wipeout round.

For something different a game of ‘heads or tails’ was played after the break, where everyone had to stand up and try to predict the result of a coin toss. Hands on their heads if they thought it was heads, and on their bum if they thought it was tails. Lots of people got hit out straight away, leading to just two to fight it out a few coin tosses later.

With 4 prize winning places there was plenty to play for, and also the exclusive ‘Not the Brightest Spark’ Award for last place! The winners (losers?) of this award were ‘The Rockets’, although to be fair they did pretty good since there was only two of them. 3rd place were ‘The Don’t Knows’ (clearly they did know!) winning 4 mini bottles of Prosecco each.

It was tight at the top with a tie-break question. But in the end ‘The Old Fossils’ clinched victory winning £40, while ‘Hogwarts School of Quizcraft and Quizardy’ got pushed into 2nd place winning £20.

Thanks to everyone for attending, what I think you will agree was a fun and enjoyable night. Thanks also go to Paul (my helper for the evening, as well a featuring in his own team of one!), and also to Lesley for providing the sweet delights to each table courtesy of the 100 Club.

A total of £80 profit was made from the evening so thanks to everyone who contributed to a great night. If you weren’t there, you missed out!

Thanks to Paul for taking the photos. 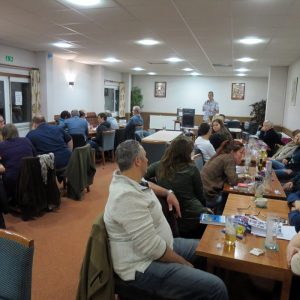 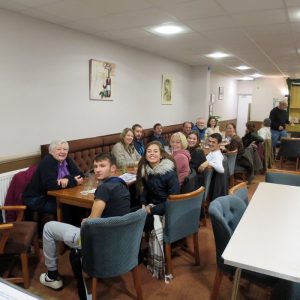 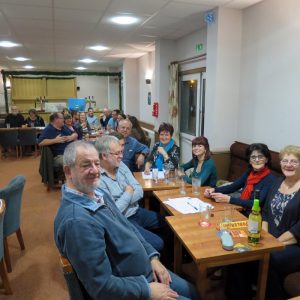 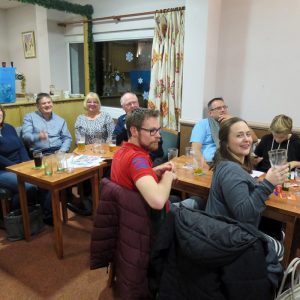 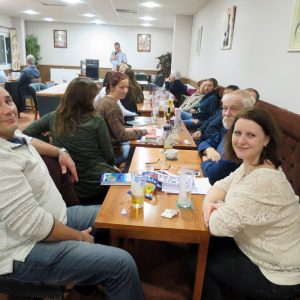 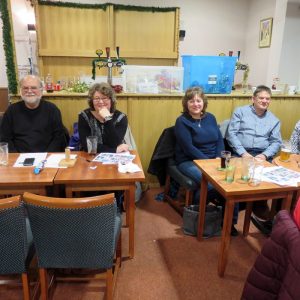 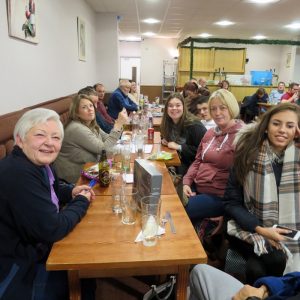 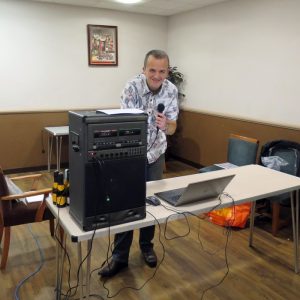 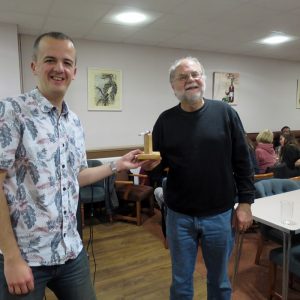 Grahams’ team get the ‘Not the brightest spark’ Award! 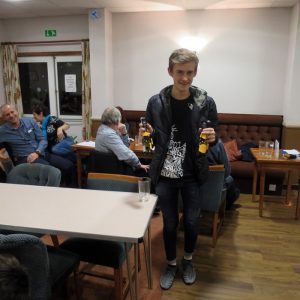 3rd place – Don’t drink them all at once! 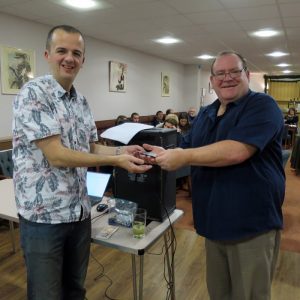 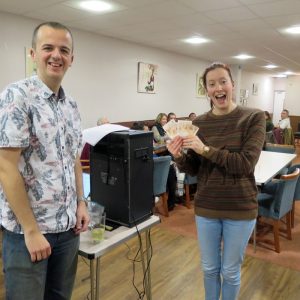 Congrats to Ellie, part of ‘The Old Fossils’ team for 1st place!