20th February 2016 meant only one thing; it was time again for the Cotswold BSAC 332 Annual Dinner. Once again the 2015 Annual Dinner saw a change in venue. This year the dinner was being hosted at the Churchdown Club » and at the adjoining Indian, Spicy Aroma ».

Pre-curry drinks were served in the club before heading next door. Taking over half of the restaurant, the staff certainly had their work cut out! However they handled the evening very well managing to take and successfully deliver the myriad of different starter and main course options! We also had our own private barman from the club to serve us our (cheap!) drinks.

After the curry everyone headed back through to the function room of the club. Whilst winning tickets were picked for the raffle, members reminisced over previous dive and social events displayed on the projector screen, and enjoyed the party tunes.

This was proceeded by the Awards, which were presented by the Diving Officer, Des, Scott the organiser of the event and also chairman Mike. The Most Prolific Diver, Diver of the Year and Members Award all had to be transferred to newer bases and these looked very nice indeed. This years winners were as follows, please check out their photos below.

After the awards everyone then continued to chat, mingle and drink and enjoy themselves. A mini light-hearted fun quiz had been planned, but due to time limitations this will now be held on a different night. Look out for this in the new future!

Thanks to all who attended, Scott for organising the event, the staff of the Churchdown Club including Alberto, the staff at Spicy Aroma for a great meal and Scott and Robin for the pictures. Until next year! 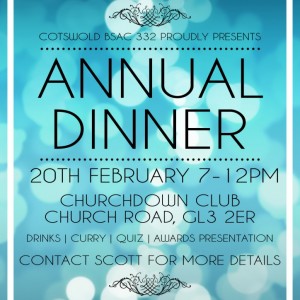 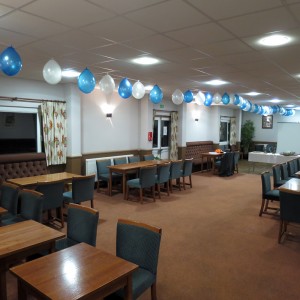 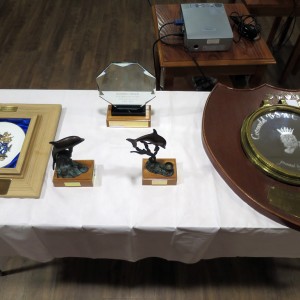 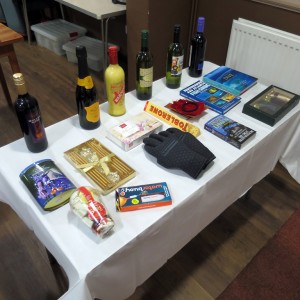 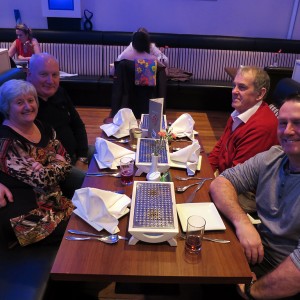 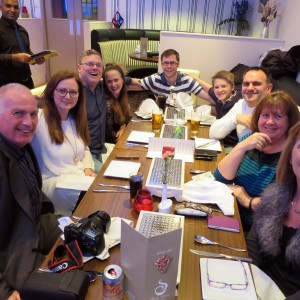 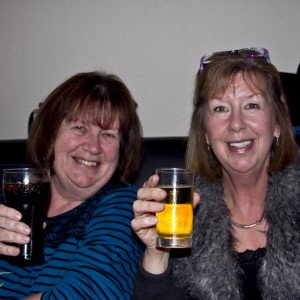 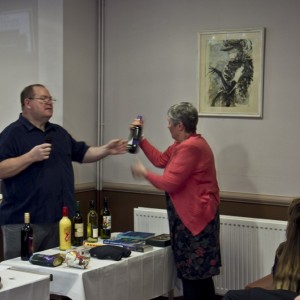 Special thanks to Ian from the Diving Officer 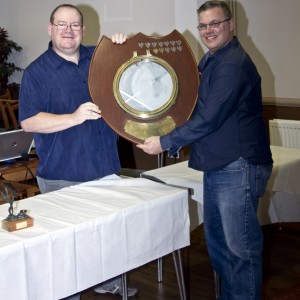 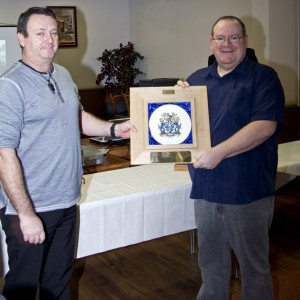 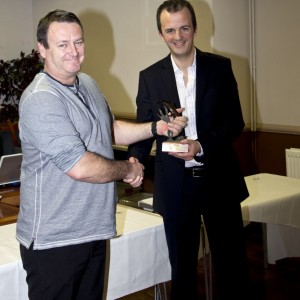 Scott wins the Diver of the Year Award (Committee Award) 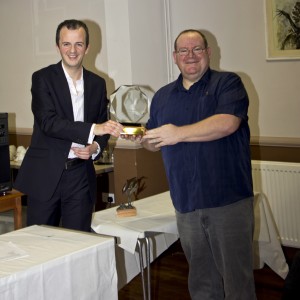 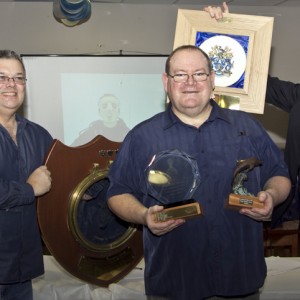 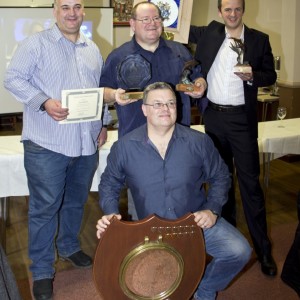 The Award winners! (your looking the wrong way lads!)