I’m a bit of a Swanage junkie; to me its the easiest way to get wet in the salty stuff and have a really good chance of viewing some interesting marine life up close.  Jo and Ian joined me along with a mate from Oxford Uni on the 15th October. On one of the last weekends of the season Divers Down were running shuttles from Swanage Pier.  I’d been pretty pessimistic about getting a dive in due to an incoming low-pressure system from the Atlantic, and even if we did I’d expected the viz to be shot to pieces after the easterlies that had blown for most of the week – Swanage is a good bet other than during an easterly. Thankfully I was wrong and overnight rain had cleared with the sea almost flat calm ready for our 09:00 ropes off to the Clan Macvey wreck in Poole bay.

The wreck of the ‘Clan’ lies roughly midway from the Old Harry Rocks to the Needles on the Isle of Wight, about 3 miles off Mudeford and sits 18m down on a sandy seabed.  She was an armed merchant ship transporting coal from Newcastle to parts of the British Empire and following German U-boat action in the western Solent eventually sank to her final resting place in August 1918, with the loss of seven crew.  She now sits upright but has been consumed by sand up to her decks, and with the superstructure cleared by the Navy long ago I wasn’t expecting too much from the dive.

After a little wait for slack Simon and I were the second pair in and quickly got to work on the shot.  The shot had been expertly lodged more or less ‘midships’ and after collecting our thoughts on the bottom, we started to explore in the direction of the stern.  Viz was up to 8m 🙂  On our way we encountered large shoals of bib and pollack, and the wreck itself gave home to numerous very large congers and lobsters – much fun was had probing the nooks and crannies with our torches. We drifted off the stern but quickly decided there was little there to see other than the odd starfish on the sandy bottom so returned to the wreck; by now the current had changed direction and aided us along towards the bow section.  Overall a lovely dive was had by all and we were greeted by fine sunny conditions topside.

After a relaxing lunch break and a coffee we prepared for the second shuttle of the day out to the Valentine Tanks off the entrance to Poole harbour.  By now the conditions had deteriorated somewhat but still more than dive-able.  The Valentine tanks were a development project aimed at the D-day landings, where the tanks had been fitted with a propeller and canvas screens which could be deployed to allow a-float operation.  Numerous tanks were lost in Poole bay before the final choice of similarly modified Sherman tanks was chosen for the actual D-day landings.

The two tanks that divers may easily visit are separated by 70m, with a permanent rope line laid between them.  The first tank which has a permanent shot is essentially intact, complete with turret, part of the gun barrel and one of the tracks.  It is home to a vicious looking conger, some rather monstrous lobsters and characterful attendant Ballan wrasse who see it as ‘their’ wreck and will stand their ground against divers.  Usually very large shoals of bib can be seen as well.  The second tank has had its turret blown off which lies a few metres away from the main wreck.  Again the viz was above average at 5-6m, not as good as the 12m+ I’ve seen once, but better than the <1m viz one can sometimes get at this site.

A rather lumpy crossing back to Swanage rounded off a great day of diving.  Many thanks to Jo and Ian for joining and being such good company. Safe diving as always, Neil

Thanks to Neil for this excellent writeup, and Ian for the photos. 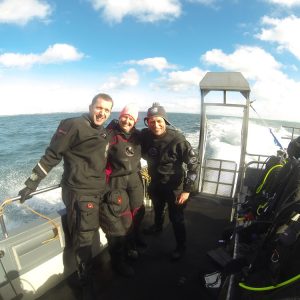 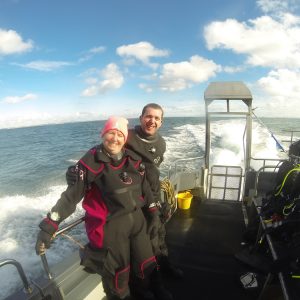 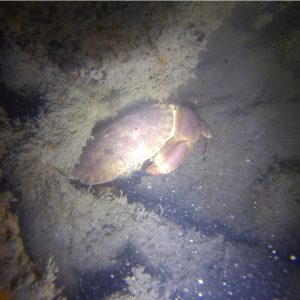 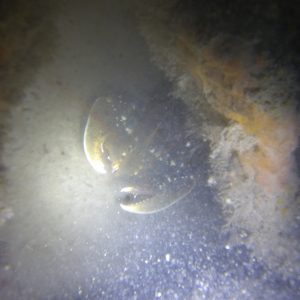 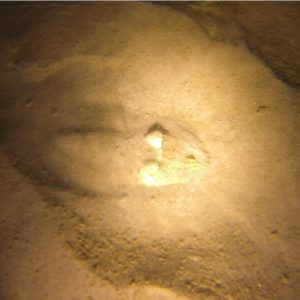 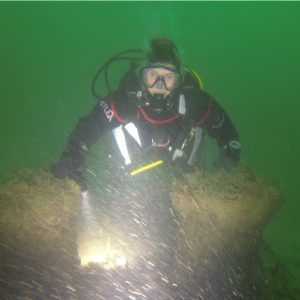 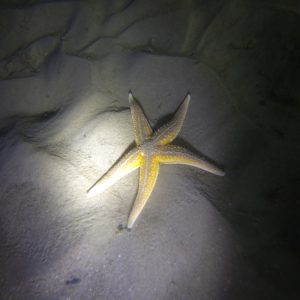